Diaspora and Unification: The Changing Landscape on the Korean Peninsula and a Diasporic Community's Response - With the Focus on Korean Americans in the Greater Houston Area 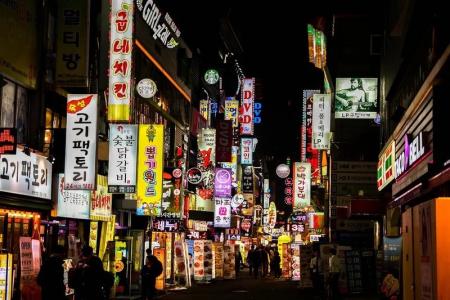 To return to the unified state, which is the original form of the Korean nation—this is the mantra that one hears from many South Korean commentators, professionals, and lay people alike. The return to one Korea, the original form, in this view, is a return also to the normal and true state that reflects the ontological identity of the Korean nation, or so the historical discourse goes. Koreans, as President Moon Jae In stated in front of the 150,000 citizens of Pyongyang on his historic visit to North Korea in June 2018, have lived together for five thousand years and have lived apart, in partition, for seventy years, the assertion being that it is wrong that one nation be divided into two separate states and that, hence, we are required to right this wrong.

Emotions aside, the breadth of the range of discussions about the possibility of unification—or the lack thereof—currently evident in South Korea is truly remarkable. Public and academic discussions are filled with propositions concerning how to understand, approach, and attain national unification, reflecting the rapidly changing situation on the Korean peninsula that the world witnessed during 2018. Indeed, since the dawning of that year, the Korean peninsula has seen a series of unprecedented events, events that had been utterly unthinkable even as late as 2017. These have included, but are not limited to: the North’s positive response to the Pyeongchang Winter Olympic Games and the subsequent participation of a team representing the North, headed by dignitaries including Kim Jong Un’s sister Kim Yo-jeong; the historic North-South summit in Panmunjeom in April between Moon Jae-in and Kim Jong Un; the Singapore summit between US President Donald Trump and North Korean supreme leader Kim in June, and; the September visit of President Moon to Pyongyang, which included the unprecedented spectacle of a South Korean leader making a public speech to a jam-packed stadium. Along the way, there were many firsts: the first-ever visit by a sibling of a North Korean leader to the South; the first-ever simultaneous crossing of the DMZ by both leaders; the first-ever official visit by the current North Korean leader to South Korea, and; the first-ever meeting between a sitting US President and a North Korean head of state, etcetera. Behind lots of incredulous optics, the year 2018 demonstrated that that which had once been considered unmovable could in fact move, and that people who used to be enemies could become friends—or could they? This is the question in the minds of many in South Korea today.

In this article, we firstly try to assess the current discussion surrounding unification—both in terms of the concept itself and the pragmatism involved in its realization—in South Korea. We then move on to comment on overseas Korean communities and their response to the changing situation on the Korean peninsula, with the focus on Koreans in the greater Houston area of Texas. In order to achieve a more effective comparison, we make brief reference to the situation of Koreans in Japan, as this offers a reference point that will help us to better evaluate the Houston case. Through such endeavors, the authors intend to engage with the issues arising in the historical moment created by the intersection of the continuing Cold War in East Asia, diaspora, nationalism, and globalization, and evaluate the current temperature—both emotional and political—surrounding the possibility (or the lack thereof) of the unification of Korea.

Alex Jong-Seok Lee is a Annette and Hugh Gragg Postdoctoral Fellow in Transnational Asian Studies at Rice University's Chao Center for Asian Studies. He received his PhD in Anthropology and a minor in Asian American Studies from the University of Illinois at Urbana-Champaign. His research focuses on the intersection between economic crisis, gendered mobility, and transnational labor migration.  He has taught university courses in Asian Studies, Asian American Studies, and Anthropology. Born in Houston and raised in Los Angeles, Alex is working on his first book manuscript, "Securing Korean Skies: Flight Futures, Fantasy, and Technologies of Care."